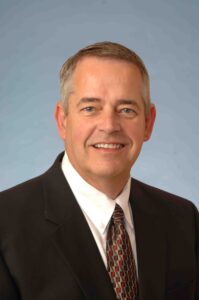 Dayco has established an Ed Rammel Memorial Scholarship Fund within the University of the Aftermarket Foundation.

Ed Rammel Memorial Scholarships will be awarded beginning in 2017.

About Ed Rammel:
Ed Rammel started his career in 1975 with the Dayton Tire and Rubber Co. and had more than 35 years of experience in the automotive aftermarket. He joined Dayco in 1985 as an associate in the finance department. In 1989, he transferred to the marketing department and in 1995, Mr. Rammel was promoted to the position of Vice President of Marketing. In 2011, he was again promoted to the role of President of the North American and Australian Aftermarket, a position he held until his passing.
During his time in the industry, Mr. Rammel was active in trade associations, served on several committees, and was on the Board of Trustees for the University of the Aftermarket Foundation and Chairman of the Education Committee. He was a frequent speaker at major industry events and a strong supporter of the adoption of aftermarket data standards.
Mr. Rammel graduated with a B.S.B.A. from The Ohio State University, an M.B.A. from the University of Dayton, and a D.B.A. from California Coast University. He was awarded the Master Automotive Aftermarket Professional (MAAP) designation from Northwood’s University of the Aftermarket in October 2001.

About Dayco:
Dayco is a global leader in the research, design, manufacturing and distribution of essential engine products, drive systems and services for automobiles, trucks, construction, agriculture and industry. Dayco’s contributions are integral to how people get from place to place, goods are transported, food is harvested, and infrastructure is built. The company operates according to long-held values — keeping promises, delivering on time all the time, and an intense commitment to service no matter what the obstacles. For more than a century, Dayco has overcome challenges, emerging stronger and smarter at every turn. Dayco improves how the world moves by creating products, systems and relationships that endure. Move Forward. Always.™

University of the Aftermarket Foundation will accept additional donations for the Ed Rammel Memorial Scholarship Fund.  For information about making a donation, please contact:

Apply for a scholarship

Thinking about an automotive aftermarket career? Good choice! Servicing or supplying parts for vehicle maintenance and repair can be a rewarding career. An automotive scholarship can help pave the way.

Support the aftermarket technicians of the automotive future