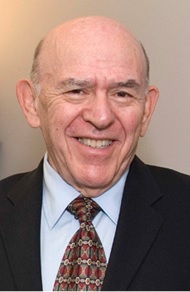 The Schwartz Family Memorial Fund was established within the University of the Aftermarket Foundation to award scholarships in honor of the late Marilyn Schwartz, wife of aftermarket veteran Mort Schwartz.

Two $1,000 scholarships are awarded each year.

Mort Schwartz is a founding partner of Schwartz Advisors. He is one of the most accomplished executives in the automotive Aftermarket. He serves as a Trustee of the University of the Aftermarket Foundation. He is the former Chairman and CEO of Strauss Discount Auto, Import Parts of America and Chanslor & Lyon, and Thermo King of Northern California.

Mort served as a Captain in the U.S. Army and taught at Rutgers University. He earned his Bachelors and Masters Degrees in Industrial Engineering from New York University. He was the recipient of a Doctor of Laws honoris causa from Northwood University in 2007.

Apply for a scholarship

Thinking about an automotive aftermarket career? Good choice! Servicing or supplying parts for vehicle maintenance and repair can be a rewarding career. An automotive scholarship can help pave the way.

Support the aftermarket technicians of the automotive future